Dyin’ Breed BBQ, is pretty much a 50/50 split hailing from Abilene and Comanche, with the Team Captain coming from Northern Virginia. I guess you could say they are a “mixed bag of bacon tricks.” All the team members have at least seen a BBQ grill and some have even operated one, but they all understand that bacon makes everything better!! Nathan Pyburn “Pit Boss” is no stranger around a BBQ Pit, he competes in about 10-15 KCBS bbq comps a year, but bacon bash is his favorite comp!! Natasha Pyburn “Miss Pit Boss”, she loves bacon and bbq almost as much as she loves Nathan!!  Ryan Bartholomew “Wing Man” is a Veteran who loves bacon almost as much as his country! Wade Pyburn “Bacon PR” has worked for Farm Bureau Insurance for 30 years and is a real people person; oh yeah, he has also LOVED bacon grease on white bread since he was a young’n!  Nicole Abert “Momma Hen” is a full time mother and a bacon lover; we needed someone to keep us from going bacon crazy!  Keri Bartholomew “Positivity Specialist” she is guaranteed to always have a smile on her face, whether bacon is involved or not!  This will be Dyin’ Breed BBQ’s fourth year competing in the Bacon Bash Texas, and we are hoping our bacon tricks do not disappoint!! 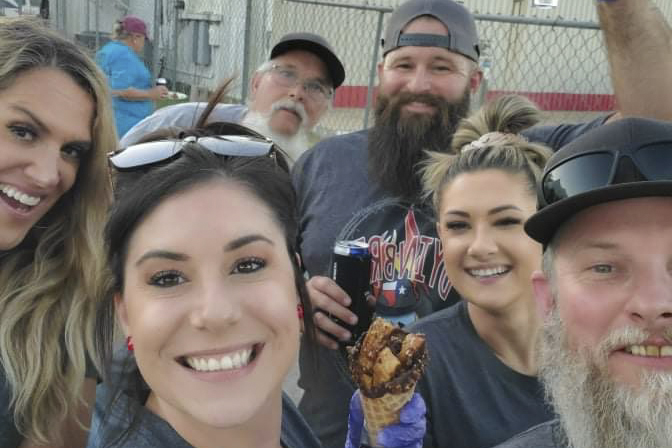