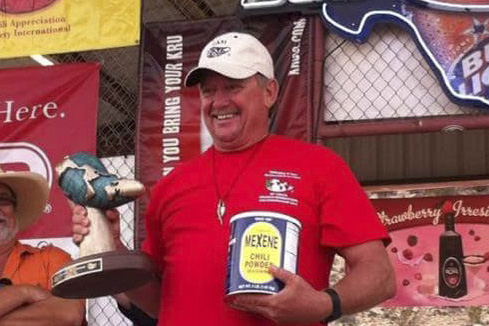 Hi Friends, I’m Jason Goains from Meridian, Texas, and honored to attend this years 6th ANNUAL 2017 BACON BASH TEXAS as one of your judges. Here’s a little bit about yours truly: I’m a Texas International Chili Cook Champion defeating 271 other competition cooks on that very special day. I’ve been credited with over 20 First Place finishes, 66 Top Five and 56 Top Ten finishes. Therefore, with the expertize in competition cooking and judging, I will give my utmost attention and judge each entry on its own merit.

On any given weekend, I’ve traveled all over this great State of Texas and as far as California and Florida competing. There’s nothing greater than the feeling of competing along with family and friends raising awareness and contributions for various charities. This is what BACON BASH TEXAS is all about. This great event raises awareness and contributions for Type 1 Diabetes and Niki Warms the Cold charities.

BACON BASH TEXAS brings cooking teams and spectators from near and far to Cransfill Gap, Texas, hoping to be crowned this year’s 2017 Champion. The preparation each cooking team endures from loading up and leaving home then returning safely is all part of making this event a success. There’s nothing like the comradery and fellowship that comes along with this event. No matter what happens, at the end of the day, you will be a winner leaving with that gratifying feeling you were a part of a much more meaningful cause, the charities.

So, on October 21, 2017, the third Saturday, there’s only one place to be: Cransfill Gap, Texas and the 6th Annual 2017 BACON BASH TEXAS. Come be a part of this ultimate celebration and the Nation’s Largest Bacon Cook-Off. Let’s all do our part raising awareness and contributions for Type 1 Diabetes and Niki Warms the Cold charities. Folks, this is what it’s all about. Again, I’m deeply honored to be a part of this wonderful event.