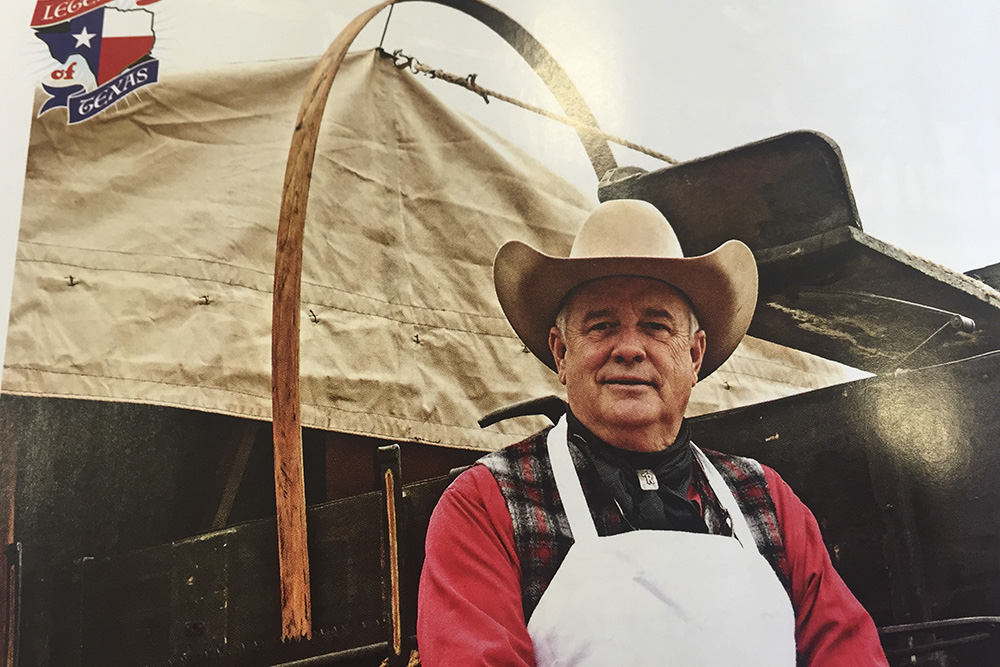 Homer is a lifelong resident of Granbury, Texas, from a pioneer family that settled in Hood County, Texas, in the late 1860’s. He holds a Bachelor’s Degree in Industrial Technology and a Master’s Degree in Political Science from Tarleton State University.

For the last 32 years, he has served with the Fort Worth Fire Department where he currently holds the rank of Assistant Fire Chief of the Departments Educational and Support Services as well as the Office of Emergency Management for the Country’s 16th largest city.

Homer’s true passion is Chuck Wagon cooking and all things Western. He is well known in the chuck wagon circles as an outstanding cook, competitor, and busy caterer. As a six time winner at the Red Stegall Cowboy Gathering and three time winner at the World Championships at the Lincoln County Cowboy Symposium in Ruidoso, New Mexico, along with many other cooking awards, Homer was recently awarded the Chuck Wagon of 2017 from the Academy of Western Artists. Homer is a frequent guest on several cooking shows on the Food Network and the Cooking Channel including “Throwdown with Bobby Flay” and “The Chew” with Carla Hall.